For many, August signals the ending of summer. One of the fun ways this August celebrates summer is via sharks, sharks and more sharks. Sharknadoes came back with a sequel vengeance when “Sharknado 2″ aired on SyFy channel recently and became a national, albeit majorly campy, phenomena. On August 10th, Discovery Channel returns with its 27th season of the very popular “Shark Week” and “JAWS Week” just completed its swim on AMC Channel. With all this shark action on the little screen, one can’t help but consider how much Steven Spielberg kicked off a firestorm and created a national fascination due to his film JAWS (1975). 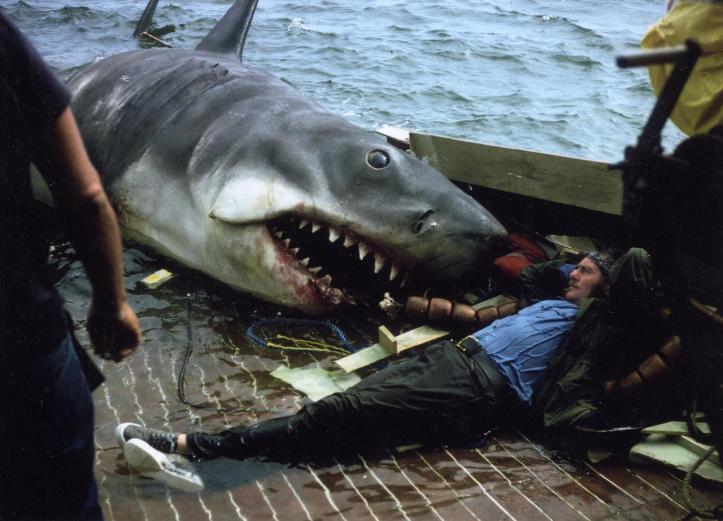 Not his first film and hardly his last, mega hit JAWS (1975) was just the beginning for Spielberg. Taking on everything from aliens, adventure-seeking archeologists, battlefields in WW2 to the Holocaust, director/producer/writer Steven Spielberg has become an American institution via the silver screen. According to imbd he has directed over 52 films and produced over 144 and continues his constant pace today. A prolific filmmaker to be certain. But more importantly, so many of his films became part of our American experience- thanks to his signature style of weaving in very heartfelt and little “real” moments into every film. With so many wonderful Spielberg offerings, why not bid adieu to summer with a SPIELBERG BLOGATHON?

So Michael of IT RAINS… YOU GET WET aka @le0pard13, Aurora of CITIZEN SCREENINGS aka @citizenscreen and I, Kellee of OUTSPOKEN & FRECKLED aka @IrishJayhawk66, are paying homage to this beloved master of cinema with a blockbuster blogathon to end the summer with a BANG!

Here’s how it works:

For any folks who wish to submit one or more blog posts dedicated to Steven Spielberg’s career (film/TV/directing/producing/writing, etc.) particular work or life, simply contact one of us hosts…

Michael of IT RAINS… YOU GET WET ~ twitter @le0pard13

We kindly ask that you do the following:

“This post is part of the SPIELBERG BLOGATHON hosted by Outspoken & Freckled, It Rains… You Get Wet, and Citizen Screenings taking place August 23-24. Please visit these host blogs for a full list of participating blogs.” 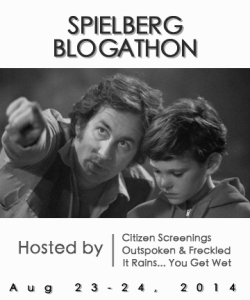 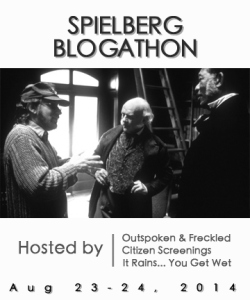 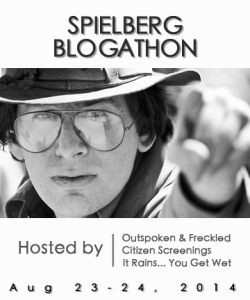