In the midst of blogathons celebrating and honoring films and filmmakers we’re ready for a debate!

In conjunction with Tim at The Cinematic Packrat with whom I’m cohosting this event, I present The Great Movie Debate Blogathon. Here’s how this works:

Choose a film and argue for or against it with another blogger taking the other side of the argument. That’s it!

You can choose any movie that comes to mind. Sign up with a debate partner right off the bat or – if you have a difficult time deciding on which film to debate whether for or against you might want to check the comments left by other bloggers and submit a counter-argument to one of those choices.

Let us know if you’d like to join us by:

THE TAMING OF THE SHREW (1908) by Movies, Silently

THE TAMING OF THE SHREW (1908) by The Great Katharine Hepburn

THE BIG SLEEP (1946) by Silver Screenings 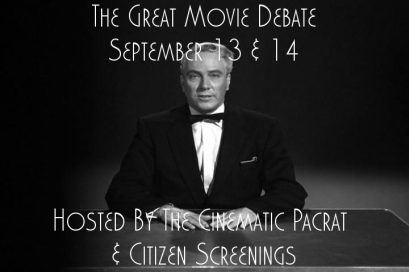 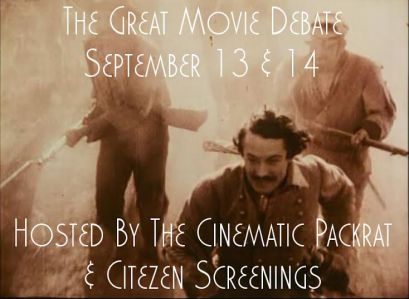